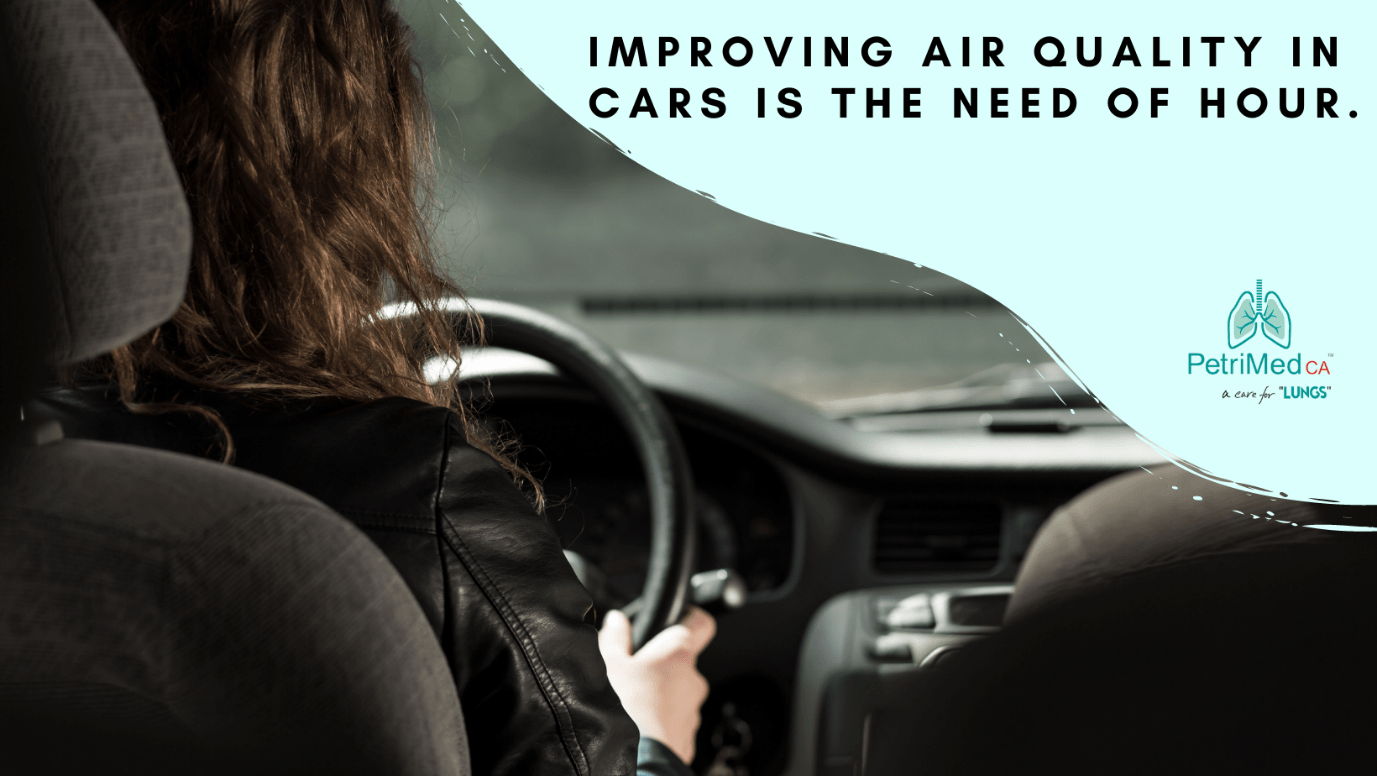 The negative impact of in-car air quality on our health is no longer unknown to us as several studies have clearly shown that a car moving in a congested traffic, can have worse air quality than the one moving on a road with lesser traffic. Here’s a solution to improve the in-car air quality.

There is a general notion that sitting inside a car, with all the windows closed, makes the driver and passengers safe from the outdoor air. Well, that’s a myth! Several studies have concluded that the air inside a car contains even more pollutants than the air outside. This is on account of the release of many volatile organic compounds (VOCs) and gases inside a car from upholstery, dashboard and engine.

The air inside a car is more unsafe than the air outside, as a car sucks in emissions from the surroundings and recirculates them inside the cabin. Levels of some air pollutants and toxic compounds are almost ten times higher and the overall air quality is upto fifteen times worse than the level considered safe for humans.

Reason for this is the presence of several vents in the car, through which hazardous pollutants enter the cabin. Though many cars come featured with cabin filters, they are not efficient enough to neutralize the gases like NO2 and other harmful pollutants that are as small as 0.1 microns. It means a passenger in the car is equally exposed to the harmful gases as a pedestrian, or even more!

A study, conducted on US patrol troopers, shows that in-vehicle exposure to PM 2.5 may cause pathophysiologic changes that involve inflammation, blood coagulation, and cardiac arrhythmia. A driver who commutes in large or congested cities is at a greater risk on account of the accumulation of particulate matter (PM) and gases at a much higher level in the car cabin.

There are several ways, by which in-car air quality can be improved for instance using a car air purifier, closing windows at a traffic stop, using less congested roads, keeping distance from vehicles, avoiding car air fresheners and deodorizers and keeping your car interior clean through regular dry cleaning.

Purifying in-car air quality is now easier and more convenient with the availability of different air cleaners. It is however imperative to select appropriately, i.e., one equipped with HEPA-based air purification system designed for cars.

If I am to name a particular one, I would like to go with PetriMed CA™ Air Purification System for automobiles. This amazing product uses H-14 HEPA filter as per ISO 50U to neutralize upto 99.999% of the harmful particles. The other advanced filters used in PetriMed CA™ APS are high-quality activated carbon filter zeolite, pre-filter with nano-silver anti-bacterial layer, new UV-C technology, and in-built ionizer.

Sanitizing the interior of a car can help reduce the level of pollution inside a car. But it is recommended to use a microfiber rag instead of using chemicals.

Try to avoid the roads with heavy traffic. If possible, drive your car during off peak hours.

Maintain a Distance from Other Vehicles:

To reduce the level of in-car pollution while driving in heavy traffic, it is important to maintain a significant distance, especially from diesel trucks.

We cannot ditch our favorite car to reduce exposure to the in-car air pollution, but what we can do is to get an air treatment system, that is efficient to significantly reduce the in-car pollution.