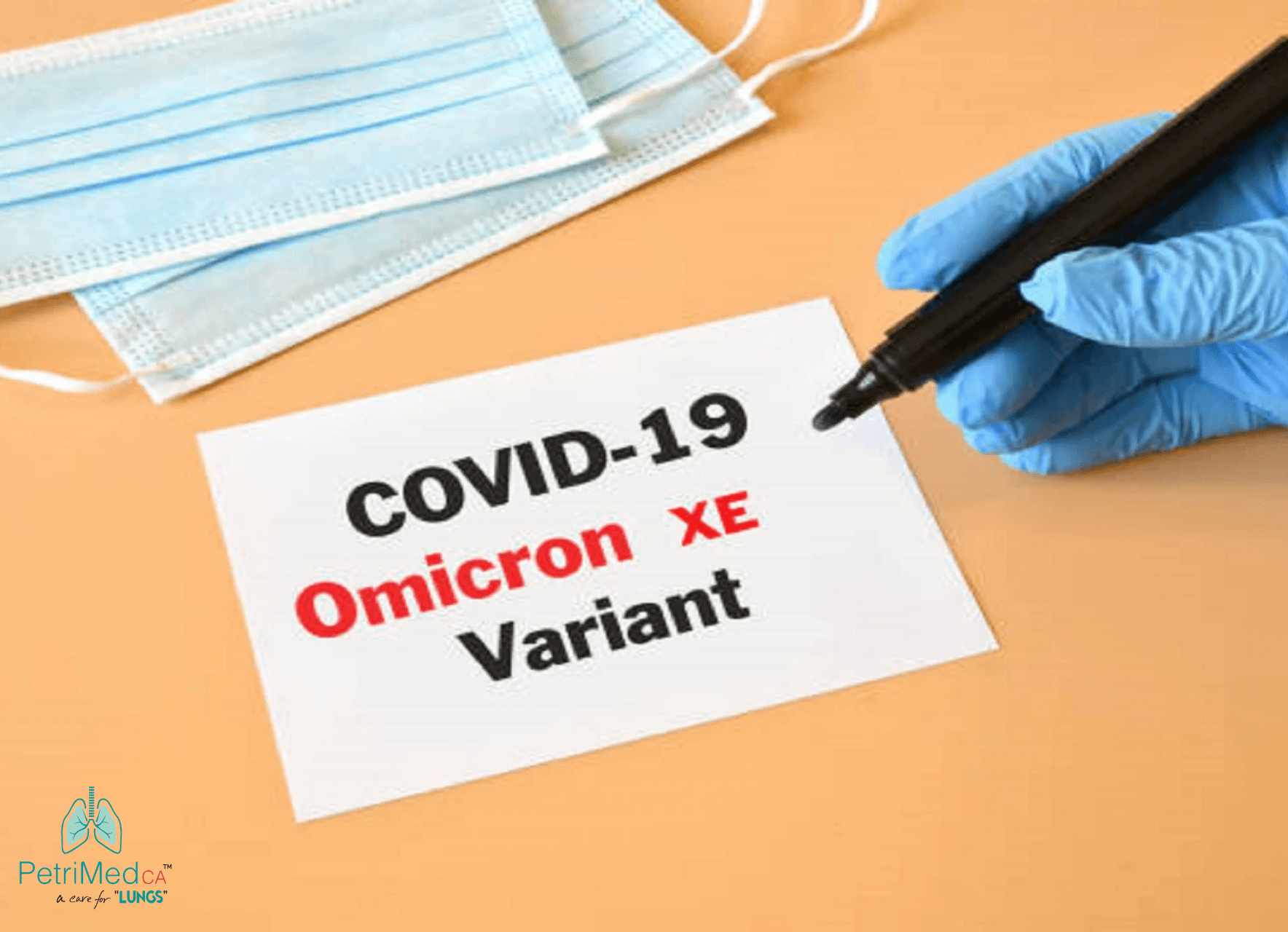 Omicron XE variant: What We Know So Far and What We Need to Do

Just when the cases of COVID-19 in India are on a steady decline, chances are that the country might face yet another communicable variant called Omicron XE – a recombinant of Omicron BA.1 and BA.2.

So far, there is no scientific evidence that the new variant is more severe than all Omicron variants. The Omicron variant of the coronavirus is giving rise to many variants, Dr NK Arora, National Technical Advisory Group on Immunization (NTAGI) chief, said on Monday, underlining that it’s not a reason to get panic. It’s of X series like XE and others, nothing to worry about as none of these are causing serious diseases or at the moment from Indian data it doesn’t show a very rapid spread.

What is the XE variant of coronavirus?

The Omicron variant, which caused a widespread infection across the country, has two prominent sub-variants known as BA.1 and BA.2.

The XE variant is called a ‘recombinant’ that means it has the mutations of both BA.1 and BA.2. As said by the World Health Organization (WHO), “recombination is common among coronaviruses and is regarded as an expected mutational event.”

According to the experts, a recombinant variant is detected when a person gets infected with two or more variants all together, leading to the development of their inherited properties within the patient’s body. The analysists say that the recombinant doesn’t cause any harm more than other variants.

In the latest health update, the WHO says, “Given the current high level of transmission worldwide, it is likely that further variants, including recombinants, will continue to emerge. Recombination is common among coronaviruses and is regarded as an expected mutational event.”

The random course of inherent mutations in viruses is a common thing that occurs continuously. But only a few mutants have the ability to infect, or to cause severe diseases.

What are the Symptoms?

So far, the symptoms reported with this new variant are the same as we have experienced with the previous ones. Most common symptoms to watch out for include fever, sore throat, skin irritation, coughing, discoloration, gastrointestinal distress, and others.

Should We Worry About It?

Till now no such case has come that will scare us, yet we should not pull the guard down. Using face mask is the easiest measure everyone can follow without any problem.

What has been observed is that the new variant could be about 10% more contagious than the sub-variant BA.2. But that is a very low infection rate, and even it has not been established as of now.

The fact that there has been a little increase in the number of XE-infected people since January 19 when it was first detected in the United Kingdom shows that we don’t need to worry at the present time.

The clinical evidence of the recombinant doesn’t support any theory of having any difference from BA.1 or BA.2. by now, the collected samples from across the globe has not been found to cause a more severe damages compared to other Omicron varieties.

“XE belongs to the Omicron variant until significant differences in transmission and disease characteristics, including severity, may be reported,” the WHO said.

What We Can Do?

It is important to breathe pollution-free air to prevent serious health issues related to the new variant of SARS-CoV-2. Since polluted air can exacerbate respiratory infection and increase the susceptibility to airborne infections. According to the US-EPA, indoor air contaminants including SARS-CoV-2 may be controlled by using an advanced air purification system for home that removes almost all types of pollutants.

PetriMed CA APS-400 can be a perfect solution to challenges caused by indoor pollutants. With HEPA-14, carbon zeolite filter, UV-C technology, and built-in ioniser, it is efficient to remove ultrafine particles as well as other types of pollutants by 99.999% filtration efficiency.

Instead of going for an ordinary air purifier, an individual needs to invest in a HEPA air purification system for home to provide a safe and nourished environment to the people living inside home.